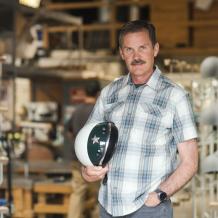 Read the article by Clicking Here

The Super Seer story is continually evolving, and as we look to our 55th anniversary in 2022, we look back to where it all started. It started with Mr. Bob… 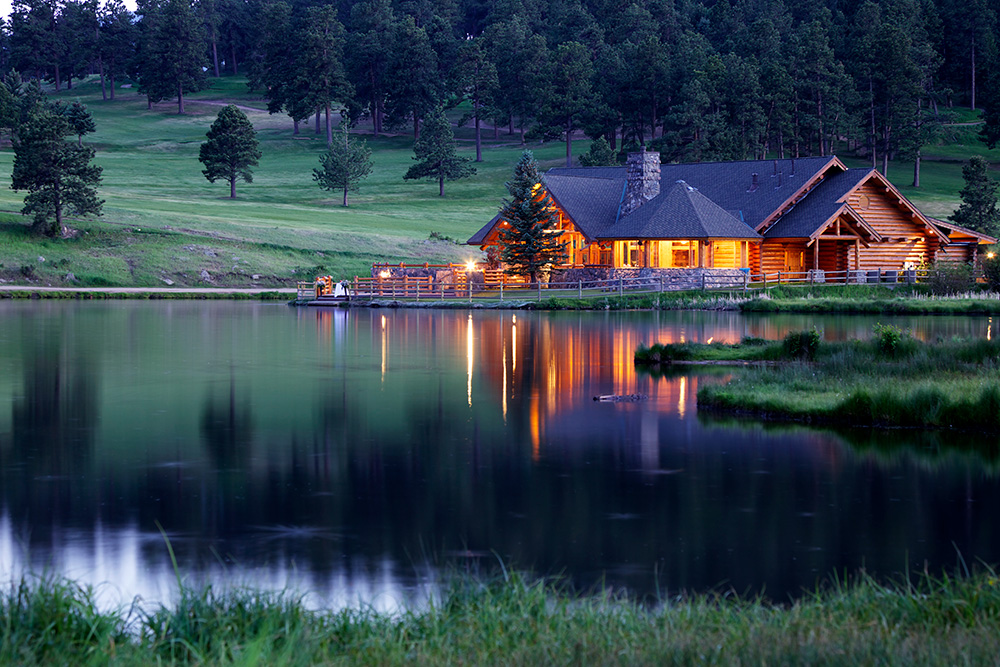 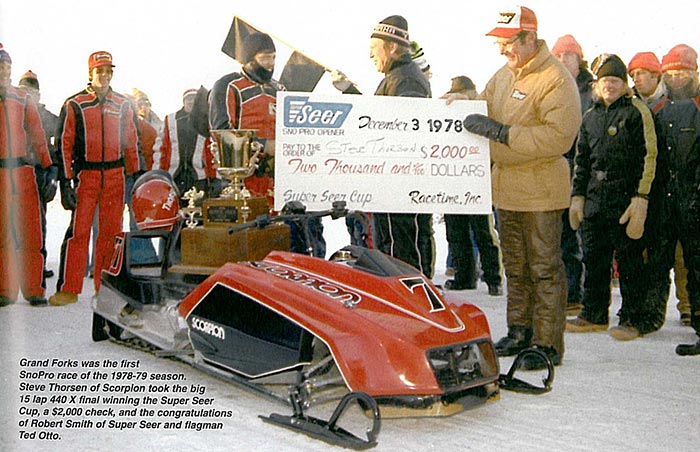 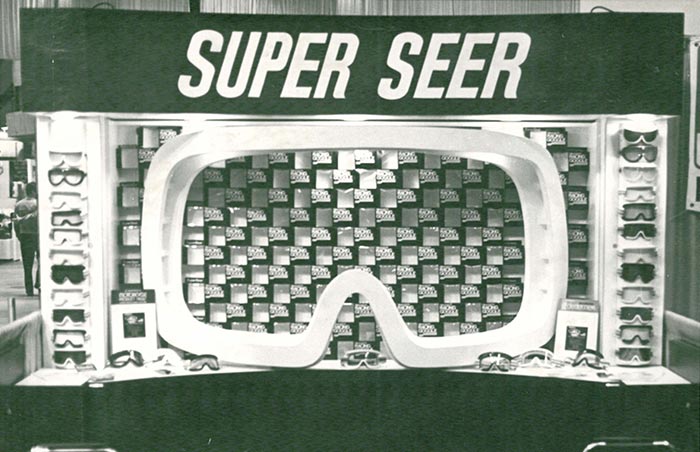 Bob Smith – “Mr. Bob”, as he is known today, founded Super Seer Corporation in 1967 fresh from the aerospace industry and began the manufacture of ski goggles in Colorado.  Modest beginnings were rooted in the ski industry with Patents obtained for a state-of-the-art double lens design ski goggle. Initial manufacturing began in 1,200 square feet of an old Camp Hale Army barracks. For over 15 years, Super Seer was the premier sponsor for snowmobile races. From 1975 – 1985, snowmobile racers competed for the Super Seer Cup.

In 1972, Super Seer moved to its present location on Evergreen Parkway in Evergreen, CO. Also that same year, Super Seer purchased Leisure Craft Industries which produced products for the Snowmobile Industry. In 1976, Super Seer acquired the Recreational Faceshield division of ILC Industries. ILC was very advanced in aerospace technology and the latest production equipment. The most noted product from ILC is the gold faceshield for the moon walk space suits for NASA. Mr. Smith modified the faceshield tooling and created the industry's first double lens faceshield. This achievement was a true breakthrough and another milestone for the Snowmobile Industry. Included in the 1976 purchase was a line of general duty / riot Police Helmets produced for Chicago and Philadelphia Police Departments. 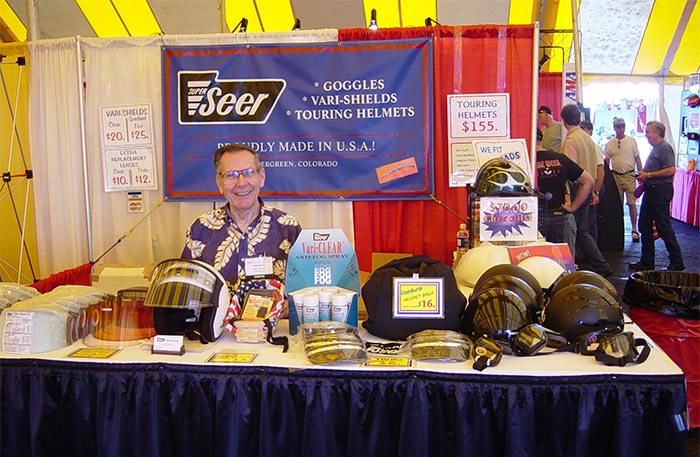 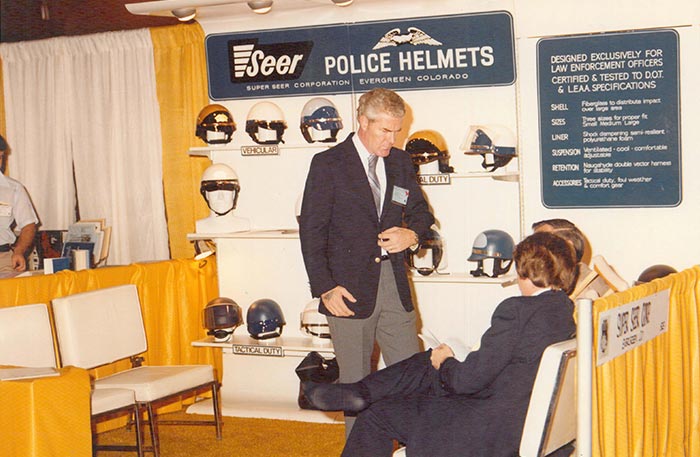 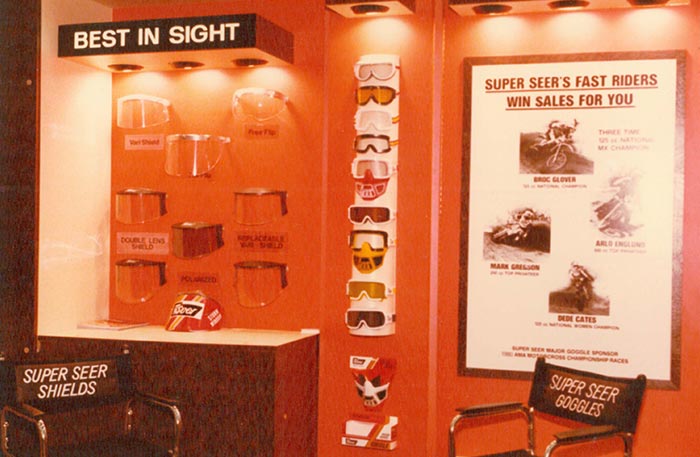 Bob was not particularly interested in the riot helmet at this time, but it was a "take all" deal. Super Seer had the helmet manufacturing equipment moved to Evergreen but they weren't sure about setting it up. The helmets were relegated to a forgotten back corner of the warehouse and we moved on with Goggles and Shields. In 1978, Bob and Steve Smith went to the International Association of Chiefs of Police in California. They discovered that only two motorcycle helmet manufacturers were currently making law enforcement helmets and one was quitting. As a result, Mr. Smith decided to pursue the Police Helmet Market wholeheartedly, and purchased the Law Enforcement assets of the Buco Division of American Safety Helmets.  Buco manufactured motorcycle and riot helmets for Police Departments across the US.  Now Super Seer was fully involved in the helmet business with a full staff of employees. Currently, we are a leading and the most complete manufacturer of Law Enforcement Helmets in America.

In 1990, Mr. Smith got a call from the South East Rodeo in Florida.  Their helmet sponsor backed out at the last minute and they wanted to know if Super Seer would be willing to sponsor the breakfast at the rodeo.  Not knowing what a police motorcycle rodeo was, he said “yes”.  That year marked the beginning of a long career with Motor Cops. 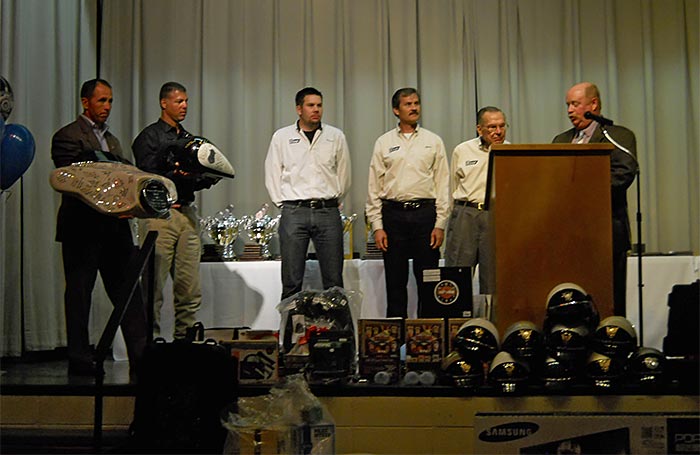 The Mid-Atlantic rodeo was added that year and the rodeo circuit started with 2 rodeos.  Since 1990, Super Seer’s rodeo circuit has, for the last 22 years, taken them to over 150 police motorcycle events and now comprises 10 rodeos across the country every year.

In 2012, Mr. Bob was recognized by his peers at the Gulf Coast Police Motorcycle Rodeo. He was presented with a Harley-Davidson fairing and gas tank. Each contained signatures from motor officers thanking Bob for over 22 years in support of motorcycle officers. 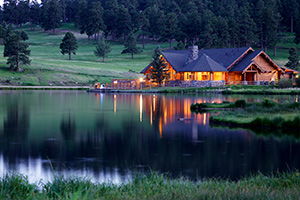 As the rodeos continued to grow, so did Super Seer. In 1992, Super Seer sold their first helmet to police agencies in Canada. Currently, we are one of the motorcycle helmet suppliers in British Columbia to Quebec. In 2006, Kevin Smith joined Super Seer. The goal was to update and grow the mounted helmet segment of the business. Working with mounted units, the Seer mounted helmet line received a complete update. The new mounted helmet is currently used by over 148 mounted units across the US and Canada. In 2008, Kevin was contacted by an officer with the Metropolitan Police in London, England. Super Seer was tasked with developing a new hybrid helmet for mounted and public order duties. Today our helmets are used by mounted branches during football, soccer, matches throughout the whole of the UK. In 2014, we developed a dual purpose riding and riot helmet for police officers in Australia. Regardless of where in the world a Super Seer helmet is used, they all are manufactured by hand, from raw goods, at our factory in Evergreen, Colorado. 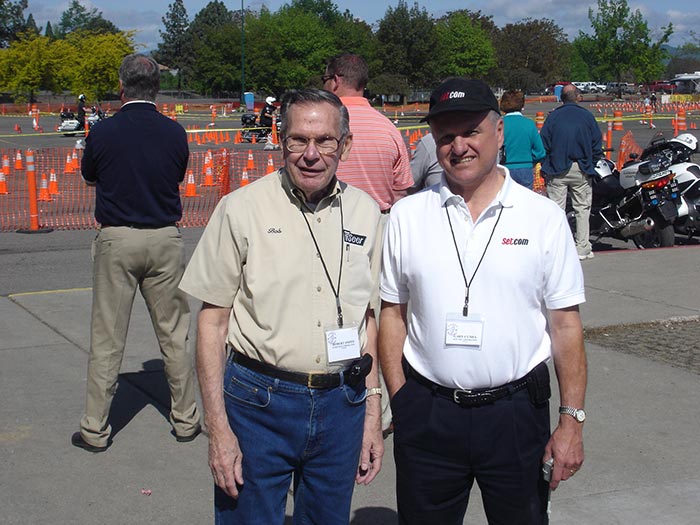 The Super Seer tradition of family business continues to this day. Sadly, our founder Bob Smith passed away in 2021. You can read about the life and legacy of Bob Smith on our website. Steve Smith started in 1978 and is currently the President of Super Seer.  Steve’s son Kevin Smith is Vice President and he is ready to answer all of your questions. However you don’t have to be a Smith to be family. Just ask our employees; most of whom have been in our family for over 15 years; or ask any of the officers, guests and customers who have visited our factory or use our products.

For 55 years and three generations, Super Seer Corporation has been producing quality products, Made in the USA!